The Deity of Jesus

We have reached a point in history where there is virtually no need to argue for the existence of the person of Jesus. Even liberal scholars, theologians, historians, and archaeologists now concede that the person of Jesus found in the Bible is an historical reality. However, the debate rages on to exactly who he is. Well, as Christians the necessity that sets us apart from ALL other religious systems is the claim that Jesus Christ is fully divine, the one true God.

In this brief treatment I’m going to offer some evidence for the truth that Jesus is fully divine. In most cases a discussion of the Trinity would be included in a paper such as this, however, for the sake of brevity I will limit myself to just a few evidences for Jesus’ divinity.

Second, even demons knew and claimed Jesus was God. They repeatedly used titles for Jesus that equated Christ to the Messiah of Old Testament prophecy. Demons called Jesus “the Holy One of God” (Mark 1:24; Luke 4:33-34) and “the Son of God” (Luke 4:40-41). We also see that Jesus had the power which only God had, to force demons not to speak “because they KNEW him” (Mark 1:34, emphasis added) and “knew that he WAS the CHRIST” (Luke 4:41, emphasis added).

Third, Jesus himself claimed to be God. He claims to have come down from heaven alluding to his eternality before his incarnation (John 6:38, 41-46). Jesus stated he was the only way to heaven which was a claim of being both God and Savior (John 14:6). Jesus wouldn’t settle with people thinking he was merely a wise teacher or a good moral example. Instead, he claimed to be “God alone” (Mark 10:17-18). The people of the time knew full well he was claiming deity, bystanders hearing him wanted to kill him because they knew he was “making himself equal with God” (John 5:18). Still another time Jesus says in John 8:58-59, “‘Truly, truly, I say to you, before Abraham was, I am.’ So, they picked up stones to throw at him, but Jesus hid himself and went out of the temple.” Why did they want to stone him? Because he claimed to be the “I am.”

And let’s not forget Revelation 22:13, “I am the Alpha and Omega, the first and the last, the beginning and the end.” This is about as blatant as one can be while claiming divinity.

Fourth, we read within the Bible Jesus is God. Matthew refers to him as Immanuel, which means God is with us. Thomas cried out to Jesus, “My Lord and my God!” (John 20:28). In Romans 9:5 Paul writes, “…the Christ who is God over all…”. Titus 2:13 calls Jesus our great God AND Savior and in 3:4 Jesus is called “God our Savior.” John 5:20 says Jesus Christ is “the true God” and in 2 Peter 3:18 Peter calls Jesus Christ both our “Lord and Savior.”

Fifth, Jesus had the attributes of God. A lengthy discussion of attributes is beyond the scope of this work.

Sixth, Jesus did the works of God. The extensive number of miracles recorded in the New Testament reveal his divinity for they show his authority over creation as the Creator.

The evidence for this miraculous event is substantial. Numerous contemporary sources report Jesus’ post-crucifixion appearances to not only individuals but groups as well (1 Corinthians 15:3-7; Matthew 28:9; Luke 24:36-43; John 20:26-30; 21:1-14; Acts 1:3-6). Many, if not most, of these witnesses were willing to die for what they believed, for what they saw and knew to be true. In fact, several of them did.

Both the Jewish historian Josephus and Clement of Rome provide us with first century reports of several of their martyrdoms. Who dies for a lie? The resurrection of Jesus Christ stands as the strongest evidence of Jesus’ divinity. 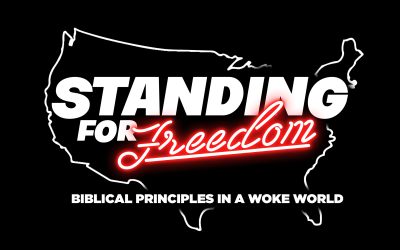 Are you tired of government overreach? Sick of woke culture? Ready to live your faith boldly? Then you need to plan on attending the Standing For Freedom event and take a stand for life, liberty and biblical truth! On November 4th and 5th 2022, Liberty University’s...

END_OF_DOCUMENT_TOKEN_TO_BE_REPLACED 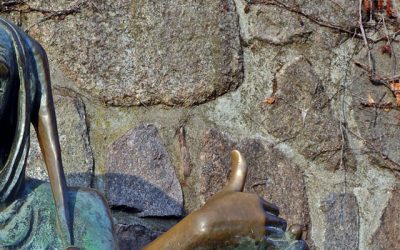 Don’t Be a Fool with God’s Love

1 The fool has said in his heart, “There is no God.” They are corrupt, They have done abominable works, There is none who does good. 2 The Lord looks down from heaven upon the children of men, To see if there are any who understand, who seek God. 3 They have all...

END_OF_DOCUMENT_TOKEN_TO_BE_REPLACED 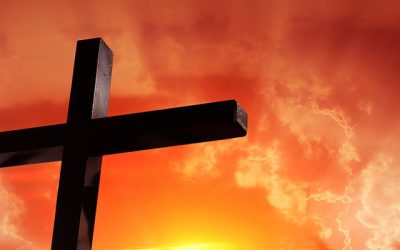 Ways to be Closer with God

It's easy to feel distant from God. After a long day at work, the last thing you want to do is spend more time reading the Bible or praying. But in order to get closer with God, we need to make an effort. Here are some ways to be strengthened in your relationship with...

Church is not a building. We extend God’s love to our community and online through all our social media channels.